This article is on artisan works companies and will explain what they were and how to research both the units and soldiers who served with them. I’ve also written a series of articles to help you research those who served in the British Army during the Second World War:

Each unit of the British Army had its own war establishment which recorded its composition and structure. The first war establishment of an artisan works company was “Notified in Army Council Instructions for the week ending 17th January, 1940”. This establishment was altered slightly later in the war. Only the original establishment is provided. An artisan works company was divided into a headquarters and four sections and was commanded by a Major who was one of six officers serving with the unit. A Captain was second-in-command and then there were four subalterns, either Lieutenants or Second Lieutenants. The Major and Captain served with the headquarters while there was one subaltern in charge of each section. Then there were 257 other ranks, with 21 serving with the headquarters and 58 in each section. This gave an artisan works company a total strength of 263 all ranks. Of those who served with the company, 173 were tradesmen having passed a trade test in a particular skill. As artisan works companies’ main role was the construction of buildings, the trades are those you would have found on any building site in Britain at the time.

There were also thirty soldiers who weren’t tradesmen but had been trained as Drivers Internal combustion (I.C.) who drove and maintained the company’s transport. Six of the Drivers also acted as Batmen to the officers, while one was on sanitary duties and another on water duties. If a soldier passed a trade test, or was a Driver I.C., then this information will be recorded in a soldier’s service record. For transport, there were six bicycles, five motorcycles, a car, a van, and ten lorries. A company was armed with eleven .38-inch revolvers, 252 Lee-Enfield rifles, and four light machine guns. Shortages in arms and equipment early in the war meant the above figures could fluctuate.

The only way to research an artisan works company is to view its war diaries at the National Archives in London. Without consulting these documents, you’d be lucky to find more than a few passing references to a company online. A war diary was written by an officer of a unit and recorded its location and activities. They often contain appendices recording orders, construction reports, diagrams of building works, and maps. I offer a copying service for these documents. Artisan works companies usually served on the lines of communication, as general headquarters troops, or under a Commander Royal Engineers. They may also have war diaries to consult but there probably won’t be a lot of additional information, due to the large number of units they tended to have under their command. If the war diaries of the company you’re researching are poor, I’d recommend having a look at the war diaries of units it was working alongside. Usually, they will be units of the Royal Engineers or Pioneer Corps.

Researching A Soldier who Served in an Artisan Works Company

The most important document to research a soldier who served in an artisan works company is their service record. They are currently held by the Ministry of Defence, though it is in the process of transferring them to the National Archives. As there are millions of documents to be moved, and catalogued, this is a slow process. As of May 2022, the service records of those who served in the Royal Engineers haven’t been added to the National Archives’ catalogue. I’ve written a separate article on how to order a copy of a service record. The reason a service record is so important, is that a lot of the information it contains can’t be found elsewhere.

If you’re researching a soldier who served in the ranks, so wasn’t an officer, you can search the Royal Engineers’ tracer cards available to view on Findmypast. A card should provide you with the list of units a soldier served with, along with the date they joined. Other information is often recorded, for example if a soldier was invalided from their unit, or embarked for overseas service. You can search via name, army number and date of enlistment. There is a lot of jargon in the files, and my page on abbreviations and acronyms will help. An artisan works company will be abbreviated as A.W.C. on the card with a number preceding it. As many were converted from general construction companies, G.C.C. may also appear. Once you know which units a soldier served with, you can turn to their war diaries for information about where an artisan works company served, and its activities. 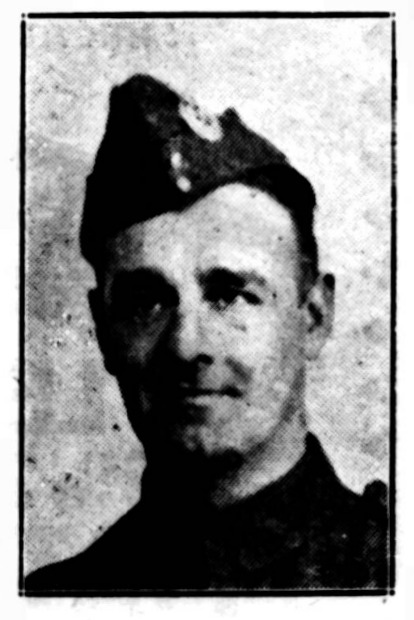 Sergeant Robert Hunt of the 685th Artisan Works Company was reported missing in France on 23 May 1940. In its 23 August 1940 edition, the Runcorn Weekly News and District Reporter published Robert’s photograph under the header “Ditton Sergeant Missing”. A short column reported that Robert was “a bricklayer by trade and was foreman bricklayer for the Unit Construction Company at Speke” and that “any information would be welcomed by his relatives”. Robert was taken prisoner in France and didn’t return to Britain until 1945, after the end of the war in Europe. There would be a wide variety of sources of information both online and at the National Archives for Robert. The Runcorn Weekly News and District Reporter is one of the newspapers which is available to view on Findmypast.

If you’re researching a soldier who was killed, wounded, or captured while serving with an artisan works company, you’ll have a variety of sources to consult online. The Commonwealth War Graves Commission recorded all the dead of the British Army between 3 September 1939 and 31 December 1947. You’ll be able to find out where a soldier is buried or commemorated and the date of their death, as well as other information. Their unit may not be recorded, instead, they may just be listed as a soldier of the Royal Engineers. I’d also recommend searching the Royal Engineers’ other ranks casualty cards available on Findmypast. These documents often record details about a soldier’s cause of death which you won’t be able to find elsewhere. This is especially the case if a soldier died away from their unit, e.g. in hospital. You can search by name or army number, with the latter found in a soldier’s entry in the Commonwealth War Graves Commission’s database. War diaries will often record when a soldier of a company died, and may provide more information.

If a soldier was wounded or taken prisoner of war, you can search the casualty lists and prisoner of war records on Findmypast. Many soldiers serving with artisan works companies were taken prisoner during the fall of France in May and June 1940. There is a file regarding enquiries into missing soldiers of these companies held at the National Archives which may be useful if you’re researching a soldier who was killed, taken prisoner or went missing in May or June 1940. Its catalogue reference is British Expeditionary Force, France: Royal Engineers (works companies), missing men: WO 361/102. Another useful resource if you’re researching a casualty is the British Newspaper Archive which is also available to view on Findmypast. However, only a fraction of the newspapers have been digitized from the Second World War but more are added each month.

Another useful source of information is the WO 416 series of index cards created by Germany for their Allied prisoners of war. Only the surnames between Aaby and Scarcliffe have been catalogued so far and there are twenty-six soldiers listed as serving with an artisan works company when they were captured. However, there will be others captured serving with an artisan works company who haven’t had their unit listed in their entry. The London Gazette is a useful resource to search if you’re looking for an officer as it will record when they were commissioned, as well as any subsequent promotions, honours or awards. An officer may appear with their name in full or just initials. The London Gazette’s search system is very poor, so don’t be surprised if you can’t find an officer.