The 1939-45 Star was a campaign medal awarded to British and Commonwealth soldiers who served in the Second World War. This article will is divided into the following parts: 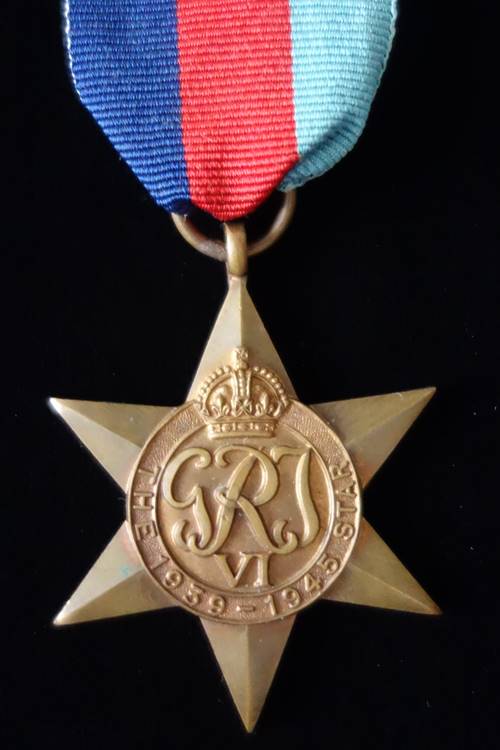 This victory, I have decided to commemorate by the issue in the near future of a star to be known as the Africa Star, while another, to be known as the 1939-43 Star, will be the reward of those in all my Services who have taken part in hard fighting in other theatres of war.

Ribbons for the medal began to be sent to soldiers by the end of 1943 and if you have a photograph of a soldier wearing the ribbon it must date from late 1943 onwards. While the ribbon began production in 1943, the 1939-45 Star wasn’t produced until after the war.

The vast majority of soldiers who qualified for the 1939-45 Star did so after completing six months of operational service. Like other Second World War medals, there were a lot of special rules and exceptions which meant that soldiers could qualify after serving less time in an operational theatre.

If you would like to know the exact award criteria of the medal I would recommend looking on the New Zealand Defence Force website: 1939-45 Star award criteria.

Obverse: Cypher of King George VI surmounted by a crown. Inside a circlet surrounding the cypher are the words THE 1939 – 1945 STAR.