The War Medal 1939-45 was the most common medal awarded to British and Commonwealth soldiers who served in the Second World War. This article is divided into the following parts: 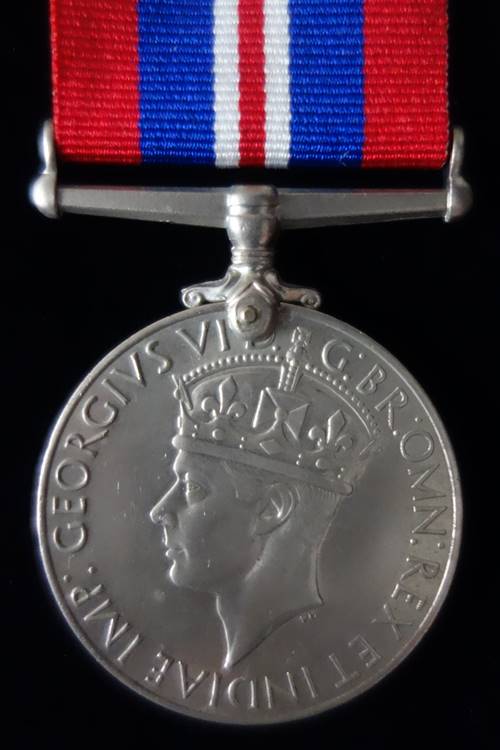 After the end of the First World War, it was decided that only British and Commonwealth soldiers who left their country would be entitled to a campaign medal, unless they took part in a campaign within their own country. For example, an Indian soldier who served in a variety of campaigns on the North West Frontier during the war still qualified for campaign medals even if they didn’t leave India. The medal awarded to those who left their own country was the British War Medal and if they entered a theatre of war, then they qualified for other medals. However, if they only served in their own country, they didn’t qualify for any medals and this led to a lot of controversy and resentment which was still filling newspaper columns into the 1930s. The letters to the editor below are typical of those found in support and against the award of a medal for Home Service:

I rejoined in 1915 for general service, but, unfortunately, owing to age, was not allowed to go overseas. I only went to Dublin in the rebellion, besides having served in the London district all through the Zeppelin and air raids. I have done my bit equally as well as “Ex-C.S.M.” or “Tanks” and risked my life equally with them, and I consider I am as much entitled to a decoration as they are.

Medal For Home Service. – “We don’t need anything to remind us about staying at home, as we are reminded enough,” says “Cripple” in a letter protesting against the suggestion at the meeting of the East Riding Territorial Force Association to grant a medal for Home Service. He points out that even Home Service on the East Coast had its dangers, as most of us know but if the authorities do not count such service as being in the war zone, he for one does not want a sham medal.

During the Second World War, it was decided that soldiers who served at Home would be eligible for medals and the 1939-45 War Medal is the medal most often encountered. The medal was instituted on 16 August 1945.

Reverse: A lion trampling on a two-headed dragon with the years 1939 and 1945 above the lion’s body. The designer Edward Carter Preston’s initials can be seen at 9 o’clock next to the rim.

Size: The medal is 36 mm in diameter.

Metal: Struck in cupro-nickel except for the Canadian issue which was struck in silver.

Naming: This medal was not named for British soldiers but when it was named, the information was impressed around the rim.

Ribbon: 32 mm in width. A thin red central stripe if flanked on both sides by a thin white stripe, then wider blue and red stripes. The colours on the ribbon represent the Union Flag.

Clasps: There were no clasps issued for this medal. If a soldier was Mentioned in Despatches during the war then a bronze oak leaf cluster was worn on the ribbon. 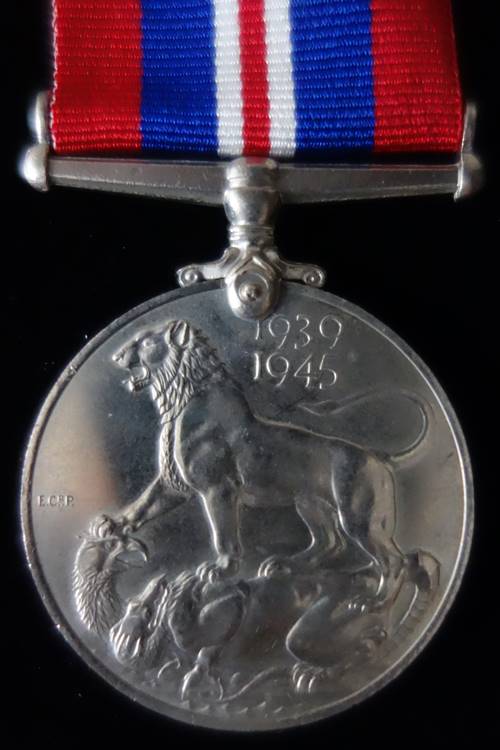 There are no individual medal records for the War Medal 1939-45 and I have written a separate article explaining what medal records are available and how to confirm a soldier’s medal entitlement: What medal records are available for WW2 British Army Soldiers? The extract below was taken from a British Army service record and shows the soldier qualified for a War Medal 1939-45. He actually qualified for another four medals but only the War Medal was recorded on this page which is common for soldiers who didn’t claim their medals after the war. You’ll sometimes find the medal recorded on a Service and Casualty Form and it can also appear on other pages in a service record.