This article looks at the role of road construction companies during the Second World War and will help you to research those who served with the units. I’ve also created a series of guides to help you research soldiers who served in the war:

A road construction company was one of the smaller units of the Royal Engineers with the following war establishment notified in the Army Council Instructions of the week ending 1 July 1936. At the time, there were no road construction companies in the British Army and this establishment was used during the opening phase of the war. Units had their establishments changed frequently during the war, so this was probably altered at some point. A road construction company was divided into a headquarters, technical section and two sections. Each of the sections contained four squads with a Corporal in command. The company was commanded by a Major, with a Captain as second-in-command and two subalterns (either Second Lieutenants or Lieutenants). The subalterns were in command of each section. Then there were 101 other ranks. Nearly all the other ranks who served with a road construction company had passed a trade test in a specific skill or were Drivers. If you’re researching a soldier, this information should appear in their service record. These included Blacksmiths, Bricklayers, Carpenters and Joiners, Concreters, Masons, Pioneers etc. For vehicles, the unit had a car, motorcycles, and lorries, most of which were tippers. A road construction company would usually have either civilian or military labourers working with the unit for manual labour.

The extract below was taken from the appendix “Description of Road Works at Bougon Aerodrome” which appears in the war diary of the 117th Road Construction Company. It shows the usual work that a road construction company undertook during the war. The unit landed at Cherbourg, France on 31 October and was serving with the No.2 Base Sub Area:

Due to the large numbers of skilled tradesmen in the companies, they were also used on a wide variety of tasks such as constructing camps, cookhouses and aerodromes, to clearing fields of fire and building anti-tank defences.

Your primary source of information is going to be the war diary of the road construction company. This was written by an officer and recorded a unit’s location and activities. They often contain appendices in the form of movement orders, reports on construction, field returns of officers and other ranks etc. All war diaries are held at the National Archives in London and can only be viewed on site. I offer a copying service for these documents and already have a large number of road construction company war diaries.

There may also be the war diary of a sub-area, general headquarters troops etc. to consult depending on what the road construction company was serving under. This information can be found in the orders of battle held at the National Archives or in the war diaries of the units themselves. For example, in May 1940, the 119th Road Construction Company was part of the General Headquarters Troops of the British Expeditionary Force while the 114th, 115th, 116th and 117th Road Construction Companies were lines of communication troops. There may also be the war diaries of Pioneer Corps companies and other Royal Engineer companies to consult if the road construction company you’re researching worked with them. However, you’ll need to look through the war diaries first to identify them.

The most important document to research a soldier who served with a road construction company is their service record. This document should provide you with a list of units a soldier served with during the war and when they served with them. After you have this information, you can then look at the relevant war diaries to find out where a soldier served and his unit’s activities. All service records are held by the Ministry of Defence and you’ll have to apply for a photocopy via the Army Personnel Centre at Kentigern House, Glasgow. I have written a detailed article to help you: Ordering a Second World War Service Record.

The Royal Engineers used the army number block 1,842,001 – 2,303,000 to number its soldiers who served in the ranks. If you know the army number of a Royal Engineers’ soldier and it doesn’t fall in the above bracket, then they joined another corps or regiment first before being transferred. If the army number begins with 14 followed by six digits then they joined the General Service Corps after April-1942 onwards before being transferred. Officers had a personal number which followed a different numbering system. If you know an officer’s personal number, search it on the London Gazette’s website. The London Gazette will record when an officer was commissioned and promoted, as well as a variety of other information e.g. if they were awarded a decoration or honour. The search system they use is very poor so it won’t often show an officer even when he should appear.

There aren’t a lot of documents to view online if you’re researching a soldier who served in the British Army during the Second World War. If a soldier of a road construction company was awarded a gallantry medal or honour, then you can download the citation for a small fee from the National Archives’ website. The series you’ll be searching is WO 373. If you’re researching someone who died serving with a road construction company during or shortly after the war, then you can find them on the Commonwealth War Graves Commission’s website. Their entry will record their army number, date of death, where they are buried or commemorated and other information. The genealogical site FindmyPast has a number of collections which may be useful, including the War Office casualty lists. The lists record those who died, went missing, were taken prisoner or wounded during the war. There are also a series of collections for prisoners of war and the British Library’s newspaper archive which is useful if you’re researching a casualty.

The photograph below shows Arthur Keeley and was published in the Ellesmere Port Pioneer on 25 August 1944. Arthur served with the 118th Road Construction Company between January 1940 and July 1942. He was twenty-three, living in Ellesmere Port and working as a Joiner when he volunteered to join a road construction company. There were widespread advertisements in local newspapers for both road construction and general construction companies of the Royal Engineers in early 1940. These were needed in France and Arthur was typical of those who volunteered who were mostly young men working in construction. Sadly, Arthur died of wounds while serving with the 7th Battalion Somerset Light Infantry on 10 August 1944 during the Normandy Campaign. He is buried in the Tilly-sur-Seulles War Cemetery. 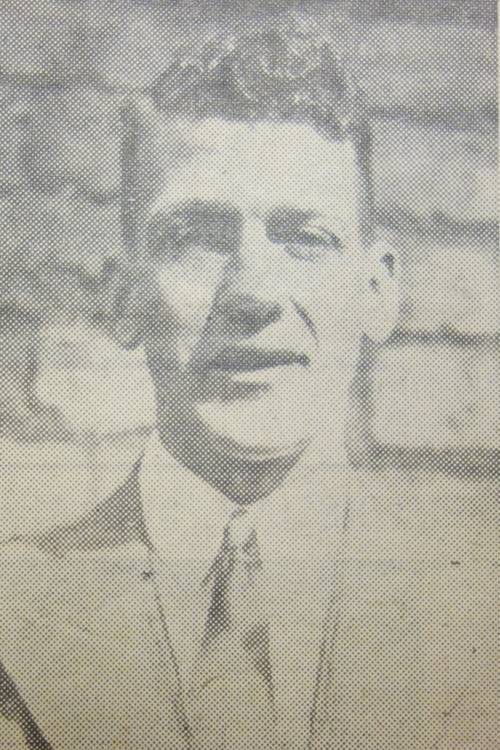