Where can I Find Indian Army Lists?

A handful of Indian Army Lists from the period between 1930 and 1947 have been digitized and can be downloaded for free from archive.org. The link below will take you to the website with the search set to “Indian Army List”. Add your year after “Indian Army List” to see if the volume is available. 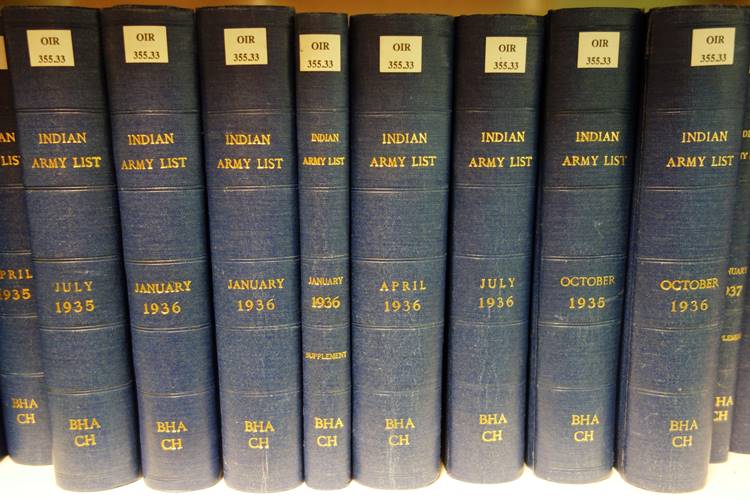 The Indian Army List contains a vast amount of information regarding the services of British and Indian officers of the Indian Army. A combination of the following information will be recorded:

Below is an extract from the January 1941 Indian Army List showing the layout of the lists during the Second World War. There’s a lot of military jargon in the pages and I’ve written a guide to help you: Second World War Abbreviations and Acronyms.

In addition to the quarterly Indian Army List, a supplement was produced each year in January which carried information not found in the main issues. These supplements contain a wide array of important information but it is the war service statements which will be of most interest. These statements record where and when an officer served in a theatre of war as well as any decorations awarded, mentioned in despatches along with the London Gazette issue, whether they were wounded, etc. The contents of the Indian Army List Supplements will vary slightly depending on the year but they will usually contain the following information: